Over 4,000 years ago in China, geopathic stress was known about as Dragon Lines, and they avoided building houses on such places. Other examples of ancient knowledge of this subject are in the Orkneys and Dartmoor, and also in the Americas, both in the Andes and in Native American sites.

In 1949 prehistoric cave murals were discovered in the foothills of the Atlas mountains. They contain the first recorded use of dowsing, showing a dowser looking for water. These paintings have been proved to be at least 8,000 years old by the carbon 14 process.

There are also records of Cleopatra using dowsers to look for gold, and the Chinese emperor Tu can be seen with a dowsing rod. Christopher Columbus has records of using dowsing while trying to sail west for the Indies.

It was introduced into England by German miners in the time of Queen Elizabeth. In the book Living Library, published in 1620, it is said 'that no man can tell why forked sticks of hazel (rather than sticks of other trees) are fit to show the places where the veins of gold and silver are...'

Dowsing for Geopathic stress began in more recent times in Germany. In 1929 Gustav von Pohl was one of the earliest pioneers of research into the subject, followed by Manfred Curry and Ernst Hartmann, both of whom have geopathic grids named after them. The major research was done by Kaethe Bachler who interviewed 11,000 people and linked earth rays to 95% of cases of disturbed behaviour in children. Her findings are published in the book 'Earth Radiation'.

She also tells of an old Bavarian custom, whereby, before a house was built, an anthill was put in the place where the bedroom would be. If the ants moved away, it would indicate a place free from negative energies, and the house-building would proceed.
Today, particularly in Germany and Austria, dowsing for location of houses, and even for where to locate patients in hospitals, is a routine practice, as a result of the large amount of positive evidence that it can help.

Dowsers use a variety of tools, including rods, wands and pendulums, each of which has its own relevant purpose. For geopathic stress, I would typically use a pendulum to map dowse the property, but would use a rod on site.

Anyone can take up dowsing. If you are interested we run regular courses in basic dowsing at our home in Chester. You can also follow that up with more advanced courses in Dowsing for House Healing and Dowsing for Health. Also the following will provide useful links for further practice and other contacts: 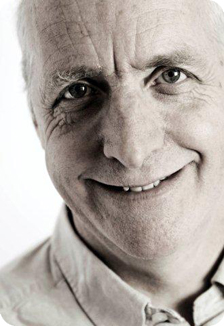